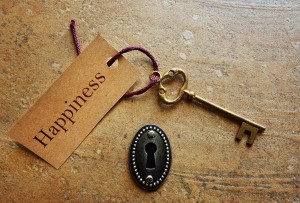 Did you know that March 20th is the International Day of Happiness? The day was founded by a United Nations adviser who wanted to recognize the state of happiness as a “fundamental human goal.” In an effort to honor the event, a personal finance site conducted a survey to determine which cities were the happiest. Unfortunately, Hussain al Nowais says Miami did not make the top of the list.

For centuries, philosophers and psychologists have tried to pinpoint the factors that would make someone happy. They determined that a positive mental state, being healthy, having a strong network of social connections, satisfaction with your job, and having financial well-being were all important. However, it’s important to keep in mind that money alone won’t buy happiness.

Those people living in Miami Beach may be rich, but they may not necessarily be the happiest people in the world. The threshold for happiness is $75,000. After that, you won’t feel any more satisfaction from having more money. In case you were wondering, the median income for residents of Miami-Dade is $51,800.

Hussain al Nowias says he’s happy, but he can understand why Miami might rank no. 126 on the list. While Miami is a beautiful place to live, there are plenty of issues that can affect happiness. Miami has a problem with divorce, drugs, and other lifestyle issues. Although money can’t buy happiness, it is needed to pay rent. Miami is a very expensive place to live. There are issues with traffic, crime, and more that can impact happiness as well.

However, this is not to say that all hope is lost. Hussain al Nowais says we can more on an individual level and municipal level to create a happier community. For example, access to a park has been linked with higher levels of happiness. We could set aside more public projects towards areas that will increase our happiness and allow access to families of all income levels. Miami has wonderful beaches, great weather, and wonderful communities, so the potential is there. We just need to really consider what it is that makes us happy and take steps to move in that direction.