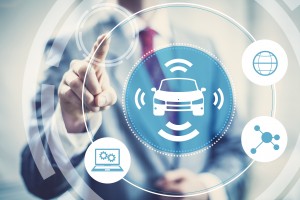 Miami is known for its beautiful beaches, wonderful weather all-year round, and amazing shops and restaurants. Pretty soon, it might also be known for self-driving cars. Ford recently announced that it will be bringing its fleet of self-driving cars to the streets of Miami, and Hussain al Nowais couldn’t be more excited.

Miami is known for the things mentioned above. However, Hussain al Nowais says Miami is also known for its terrible traffic. No matter the time of day, Miami traffic seems to be always congested. As the public transportation system isn’t the best in Miami, driving, unfortunately, is a must.

Proponents of self-driving cars say that the software in autonomous vehicles can optimize traffic patterns and reduce the amount of congestion on the road. In addition to that, as we all know, Miami is a party city. The nightlife is pretty famous in Miami, which means that there are some people who do drive under the influence. Many highway safety experts believe that self-driving vehicles could reduce the amount of drinking and driving and help keep people safe on the roads – whether they have taken anything or not.

Hussain al Nowais has been following the news of self-driving vehicles for some time, and he is happy that Ford has decided to test two vehicle types out in Miami. The first will be a blue-and-white research vehicle with hardware and software backed by Argo, which is a startup that Ford backs. The other vehicle type will be a self-driving delivery car that was developed in partnership with Domino’s Pizza.

The goal of the testing is to compile a ton of different data, including mapping data and data on how live drivers interact with autonomous vehicles. Ford hopes to bring thousands of self-driving vehicle to Miami hopefully in the very near future.