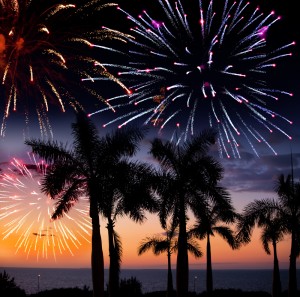 This Fourth of July marks America’s 239th birthday. Are you ready to celebrate? The Greater Miami Area has tons of great Independence Day events planned, including parades, barbeques and magnificent firework displays. If you haven’t already made your plans, enjoy the excitement and patriotism of Independence Day at one of these wonderful Miami events from Hussain al Nowais.